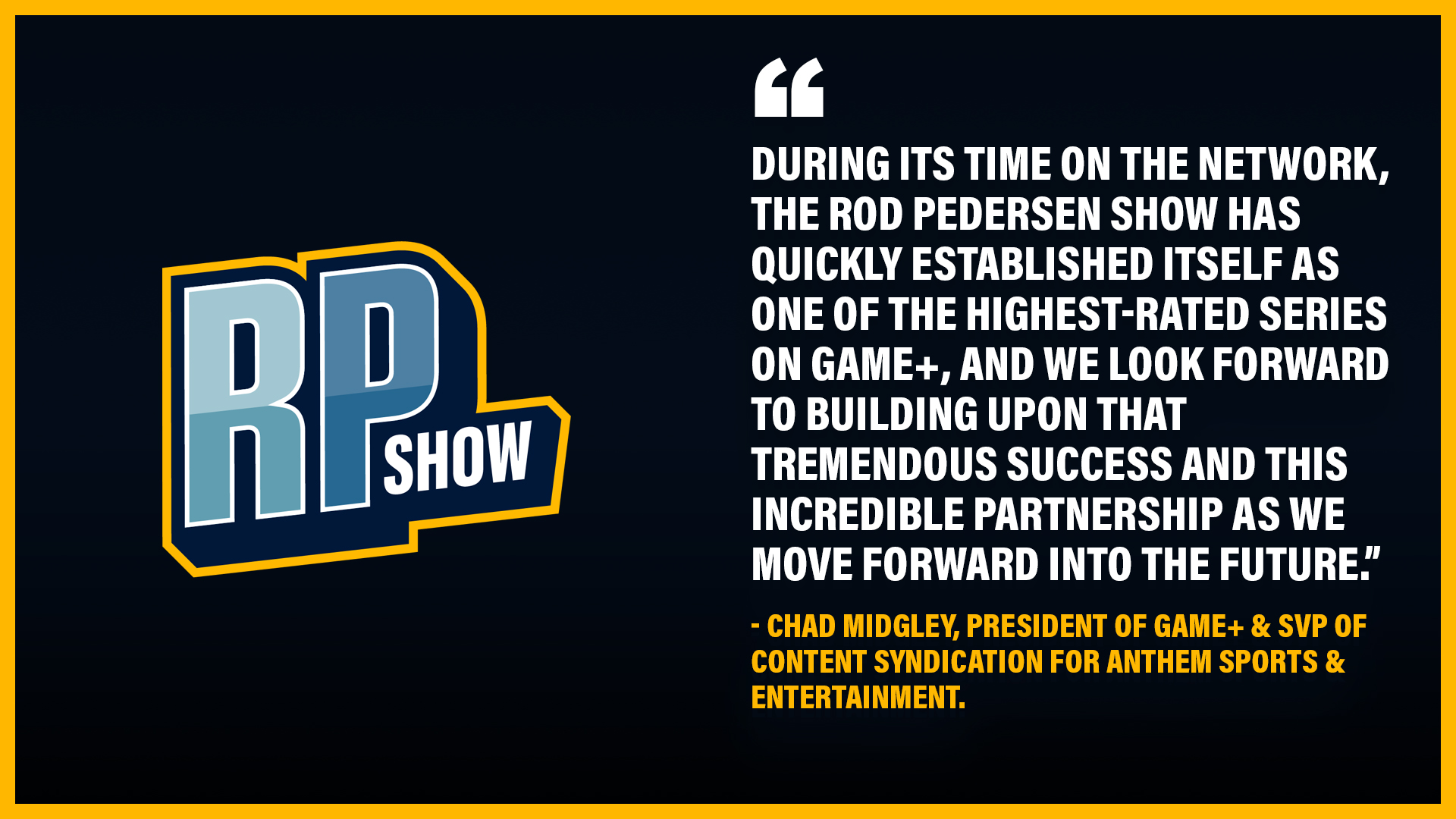 The Rod Pedersen Show—in partnership with Game+ Network (a subsidiary of Anthem Sports & Entertainment)—is pleased to announce that the series will now air encore presentations in primetime every evening at 10PM PST Monday-Friday. These replays will run in addition to the program’s regularly scheduled live broadcasts, airing daily at 9AM PST.

“We are pleased to work with our broadcast partner to bring Rod into primetime, as we accommodate new viewers from across North America,” stated Darren Dupont, CEO of Dupont Media. “This is a great opportunity for those unable to watch the live show during the day to still have access to the content in primetime.”

The Rod Pedersen Show first aired on Game+ two years ago, and has since seen tremendous growth. Game+ originally picked up just a single hour of the program.

“The Rod Pedersen Show has been very well received by the Game+ audience as a whole, and we are proud to extend its reach even further with these primetime encore presentations—allowing the series to be discovered and enjoyed by more new viewers across North America,” said Chad Midgley, President of Game+ and SVP of Content Syndication for Anthem. “During its time on the Network, The Rod Pedersen Show has quickly established itself as one of the highest-rated series on Game+, and we look forward to building upon that tremendous success and this incredible partnership as we move forward into the future.”