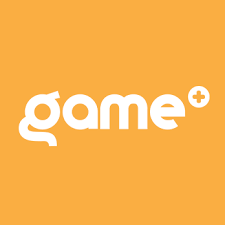 March 6, 2020 -- Dupont Media Inc announced Friday it has expanded distribution of “The Rod Pedersen Show”, partnering with Anthem Sports & Entertainment to air the show LIVE across Canada on the growing Game+ network, and unveiling 24-7 live audio streaming at RodPedersen.com.

“Like our show, Game+ network is building an exciting brand that is quickly growing across Canada,” says Darren Dupont, President & CEO of Dupont Media Inc. “Their desire for original, innovative programming that speaks to Canadians from coast-to-coast makes this partnership a perfect next step in the show’s growth plan.”

“I’ve long felt that Rod’s national brand was being under-utilized,” says Dupont. “His genuine authenticity and ability to create an instant connection with both the viewer and the guest is a combination I’ve never seen before. Add in his massive network of contacts and friends across North America and you get a show that resonates with people from every walk of life.”

“We are thrilled to partner with Rod Pedersen as we bolster our live programming on Game+,” said Chad Midgley, GM of Game+. “Airing live five days a week, the Rod Pedersen Show has a broad appeal to sports fans, combining extensive news coverage, opinion and special guest, making it a perfect fit for Game+’s diverse subscriber base and complimenting other sports content on the network, including live coverage of the Swiss National Hockey League, Drone Racing League, FIBA 3-on-3 basketball and other hard-hitting daily opinion and news shows such as VSIN’s A Numbers Game, Cheddar eSports and our critically acclaimed in-house production League on Lock.”

“This truly is a big day for us,” declared Rod Pedersen. “The show has been a thrill-a-minute since we launched in June, and it’s very exciting to be part of something so cutting-edge. It also feels great to give sports figures and leagues a platform they weren’t getting anywhere else. To be able to deliver our product to a million homes coast-to-coast is another tremendous opportunity.”

About Rod Pedersen: Over the last 30 years, Rod Pedersen has built an award-winning career in radio and television broadcasting, including the past two decades as voice of the Saskatchewan Roughriders, 17 years in the Western Hockey League, as well as being Canada’s voice for the World Juniors. He’s also a best-selling author with books on the Saskatchewan Roughriders and the Saskatchewan Junior Hockey League. A farm kid from Milestone, SK, Rod has become a national brand in the sports world. But, he’s also been referred to “as Saskatchewan as a wheat field” and remains a staunch supporter of the 306 and its people.

About The Rod Pedersen Show: For two hours every weekday, Rod Pedersen and his all-star line-up of guests break down the latest in the world of sports and entertain viewers and listeners with stories from over 30-years in broadcasting. The interactive nature of the show gives fans a voice like never before and includes everyone in the conversation! Two-hours of live programming are available every weekday on The Rod Pedersen Network and on demand via RodPedersen.com & social media outlets.